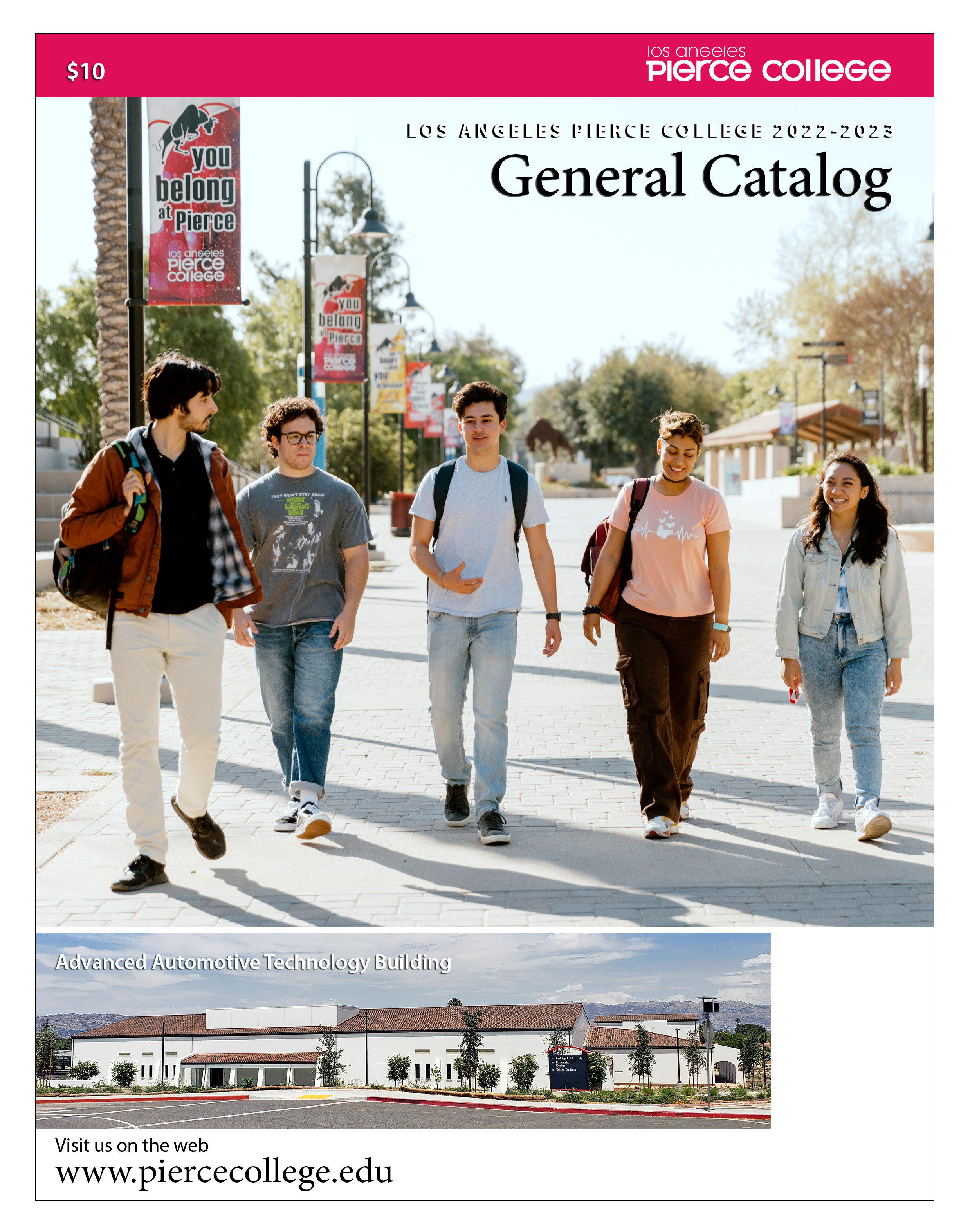 The following are Los Angeles Community College District Board of Trustees rules that govern what degrees and certificates a student may earn during their educational career at Los Angeles Pierce College.

Generally, the student's curriculum during their educational career is determined by the General Catalog that corresponds to their enrollment year. For example, if a student enrolls for the Fall 2017 semester, they would use the 2016-17 General Catalog to determine their current curriculum and requirements to graduate and/or transfer.

Students must satisfy the requirements for meeting competency in written expression and mathematics. Through the collegial consultation process, the Chancellor, acting on behalf of the Board of Trustees, shall rely primarily upon the recommendation of the District Academic Senate, to establish procedures for determining competency.

Automatic Awarding of Certificates of Achievement:

Students who have completed the degree requirements for which there is a paired Certificate of Achievement or other State approved and transcripted certificate(s), will be awarded the certificate(s) automatically.

For these purposes, a catalog year is defined as beginning with the fall semester through the subsequent summer. A student remaining in continuous attendance in the Los Angeles Community College District may elect to satisfy the degree, certificate or graduation requirements in effect at the college from which the student will either earn his/her degree, certificate or graduate:

The college's policy shall be developed in consultation with the college Academic Senate in accordance with the provisions of Chapter XVIII of the Board Rules – ACADEMIC SENATE AND THE BOARD OF TRUSTEES SHARED GOVERNANCE POLICY, and published in all college catalogs under appropriate headings.

This policy does not apply to college programs which are governed or regulated by outside government agencies or wh require licensure or certification through one of these agencies.

"Continuous attendance" means no more than one semester absence within a school year, excluding Summer Sessions and Winter Intersession.

Students granted a "military withdrawal" under the provisions of Board Rule 6701.10, will be considered to be in "continuous attendance" for their required period of military service.