What is Title IX?

Title IX of the 1972 Education Amendments is a powerful tool for combating campus violence. The law requires colleges and universities receiving federal funding to combat gender-based violence and harassment, and respond to survivors’ needs in order to ensure that all students have equal access to education.

Any sexual violence or physical abuse, as defined by California law, whether committed by an employee, student, or member of the public, occurring on college-owned or controlled property, at college-sponsored or supervised functions, or related to or arising from college attendance or activity is a violation of District policies and regulations, and is subject to all applicable punishment, including criminal and/or civil prosecution and employee or student discipline procedures.

No person in the United States shall, on the basis of sex, be excluded from participation in, be denied the benefits of, or be subjected to discrimination under any education program or activity receiving Federal financial assistance.

Sexual assault is a crime of violence. It is estimated that more than 80 percent of all sexual assaults involve the use of weapons, or the threat of violence or death. Rapists often look for potential victims who appear weak or vulnerable; however, anyone can be a victim of a sexual assault, regardless of behavior or appearance. Rape can happen to any person, anywhere or anytime. In a significant number of cases, the rapist is known to the victim.

Rape is not just an act committed in a dark alley by an assailant the victim has never met. Most rapes occur in the victim’s home and about 60% of the victims who report their rape know their assailants. You can be aware without being afraid.

Some people believe that rapists are overcome with sexual desire or that women “ask for it” by the way they dress or act. Some people even believe that women want to be raped. These ideas assume that rape is motivated by sexual desire. IT IS NOT! Rape is a crime of violence – a hostile act – and it is motivated by the assailant’s need to hurt and humiliate the victim. It is about power. In California, any form of sexual conduct carried out upon a person, against that person’s will, is a crime. Any sexual penetration, however slight, is sufficient to complete the crime of rape. P.C. 261 & 263.

Dating Violence: Abuse or mistreatment that occurs in either heterosexual or same-sex relationships. It may take place at any time during the dating process – when two people first meet and become interested in one another, on their first date, during their courtship, once they have been involved with each other for some time, or after their relationship has ended.

Intimate Partner (Domestic) Violence: Physical, sexual, or psychological harm by a current or former partner or spouse. This type of violence can occur among heterosexual or same-sex couples and does not require sexual intimacy.

Sexual Harassment: Unwanted verbal sexual advances, requests for sexual favors, and other visual, verbal, or physical conduct of a sexual nature. Sexual harassment can also include stalking, voyeurism (“peeping toms”), exhibitionism/exposing, and obscene comments and phone calls. Sexual harassment can occur in the workplace, school, and other settings (such as public transportation, shopping malls, community events, social gatherings, places of worship, health care facilities) and can create an intimidating or hostile environment for the victim. The perception of the victim, not the intent of the harasser, determines whether particular words or actions are harassing.

Stalking: While legal definitions of stalking vary from one jurisdiction to another, a good working definition of stalking is a course of conduct directed at a specific person that would cause a reasonable person to feel fear. A stalker is someone who willfully, maliciously and repeatedly follows or harasses another (victim) and who makes a credible threat with the intent to place the victim or victim’s immediate family in fear for their safety. According to California Penal Code 646.9, the victim does not have to prove that the stalker had the intent to carry out the threat.

Any sexual violence against the wishes and without the consent of the violated person, whether by a stranger or by an acquaintance, whether against a woman or a man, is a violation of the law. Consent cannot be given if the person is asleep, intoxicated, unconscious, mentally disordered, under threat of force, or for any other reason unable to communicate willingness to participate in sexual activity. Intercourse under any of these circumstances is rape.

Section 67385 of the Education Code requires that community college districts adopt and implement procedures to ensure prompt response to victims of sexual violence which occur on campus as well as providing them with information regarding treatment options and services. No community can be totally risk-free in today’s society. However, by working together, students, faculty, staff, and visitors can all help to create an atmosphere which is as safe and crime free by reporting criminal behavior to:

Any sexual violence or physical abuse, as defined by California law, whether committed by an employee, student, or member of the public, occurring on college-owned or controlled property, at college-sponsored or supervised functions, or related to or arising from college attendance or activity is a violation of District policies and regulations, and is subject to all applicable punishment, including criminal and/or civil prosecution and employee or student discipline procedures.

The District will address the needs of the sexual assault survivor by providing a consistent, caring, and timely response when sexual assault occurs within the college community. After initial consultation, referrals for treatment will be made and ongoing support will be offered to survivors.

To protect the privacy of the individuals involved, names will not be released by the District without their consent unless the release is essential to the health and safety of the survivor or the campus community, or to otherwise fulfill the legal obligations of the college.

Students may be expelled, suspended or placed on probation for acts committed on campus or at campus-related events. The cause for suspension and expulsion listed in California Education Code 76033 include assault, battery, or any threat of force or violence upon a student or college personnel and the willful misconduct which results in injury or death to a student or college personnel. In compliance with federal and state laws and regulations, victims of violent crimes, including sexual assault, are to be informed whenever information regarding disciplinary action taken by the college is included in a student’s file. For further information, contact the Office of Student Services, 818-719-6418.

What to Do If You Have Been Sexually Assaulted:

What Are My Options? 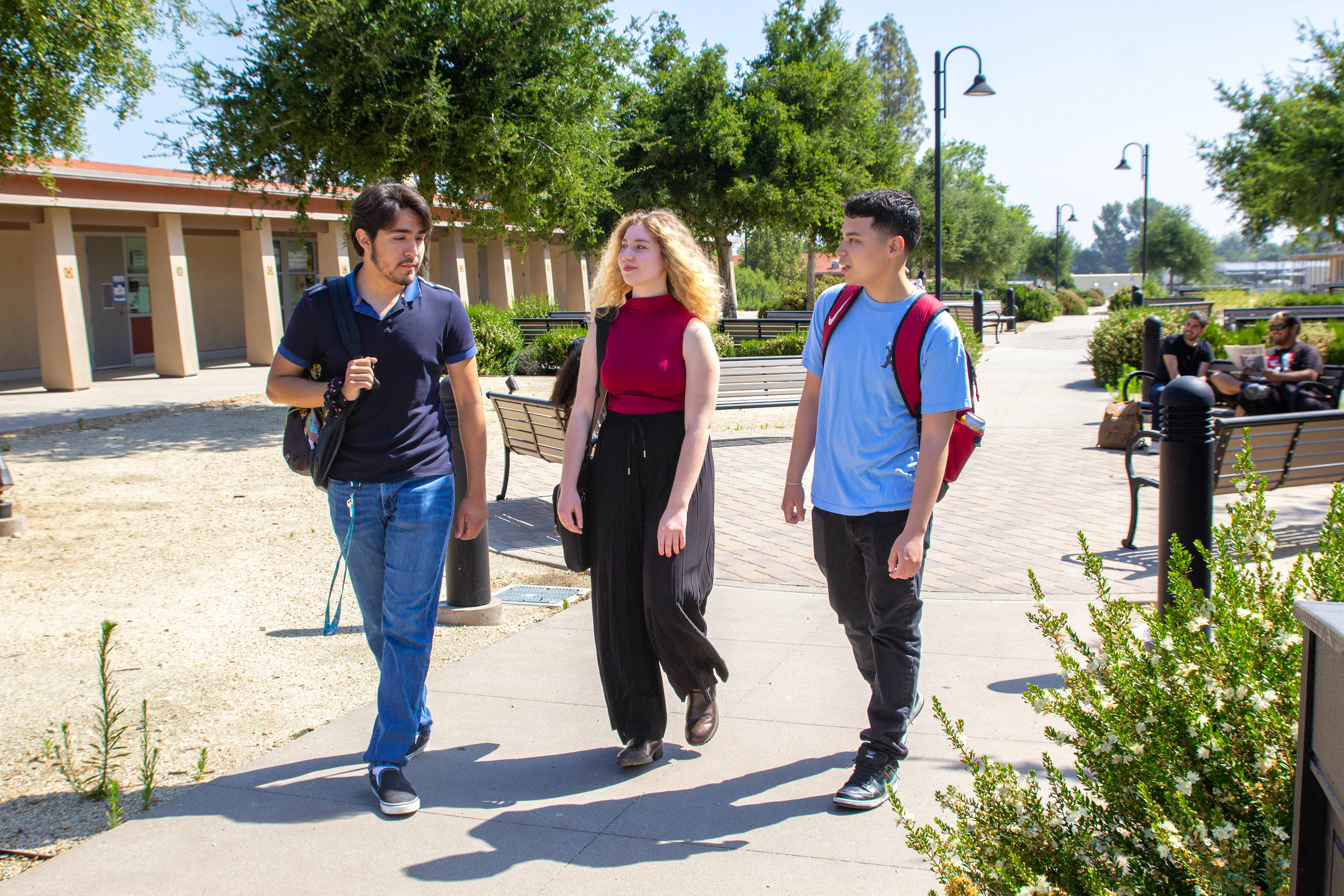 What Is Bystander Intervention?

Bystander Intervention is a social science model that predicts that most people are unlikely to help others in certain situations. A bystander is anyone who observes an emergency or a situation that looks like someone could use some help. They must then decide if they are comfortable stepping in and offering assistance. Research has found that people tend to struggle with whether helping out is their responsibility and one of the major obstacles to intervention is something called diffusion of responsibility — which means that if several people are present, an individual is much less likely to step up and help out because he/she believes someone else will.? Other major reasons that bystanders fail to intervene are that the situation is too ambiguous, that the bystander is worried about misjudging the situation and thus will be embarrassed by intervening, or that the bystander believes the victim is in some way responsible for the situation and is thus, getting what they deserve. Bystander Intervention programs teach people to overcome their resistance to checking in and helping out. These programs have been found to be very helpful on college campuses to thwart sexual assault, abusive alcohol consumption, dorm damage, and concerns about suicide, depression and eating disorders. Have you ever stopped a friend from going home with someone when your friend was really drunk or high? ?Have you ever gotten a friend who is very drunk to Urgent Care or taken care of them for the night because you knew they were too drunk to be left alone? These are examples of your being a bystander using your power to stop violence and/or potential injury or death from alcohol poisoning.

Break the Cycle: Empowering Youth to end Domestic Violence What to Do in a Risky Situation: